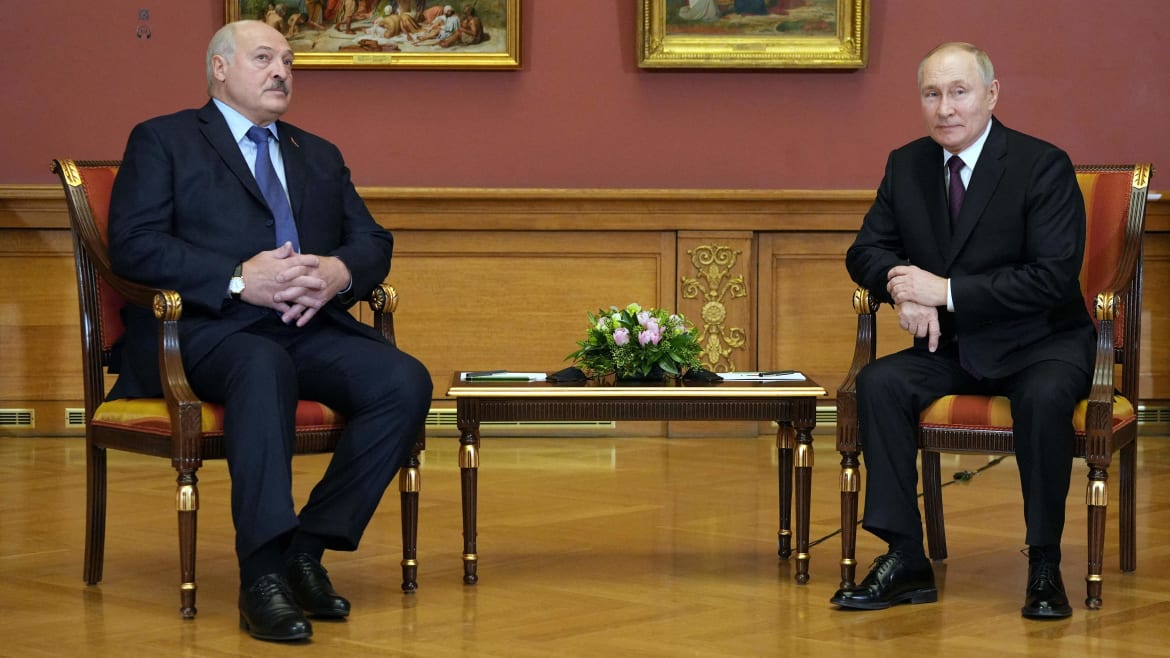 The Belarusian army has started removing armored vehicles from long-term storage to contribute to the joint regional grouping of Russian and Belarusian combat forces, according to the Belarusian Defense Ministry.

The decision was taken to facilitate “interoperability measures” for the battle groups, which have been conducting joint exercises since October in Belarus, according to TASS.

Last fall, Russia sent tens of thousands of troops and armored vehicles to Belarus to conduct live-fire exercises. Since then, Belarus has launched snap military exercises and moved military hardware and equipment to its border with Ukraine. Earlier this month, the Commander-in-Chief of the Russian Ground Forces, Army General Oleg Salyukov, also visited Belarus to inspect the joint Russian-Belarusian military force.

Belarusian leader Alexander Lukashenko allowed Moscow to use Belarus as a launching pad for his failed offensive against Kyiv last year, and likely continued his attempt to boost Belarus’ combat readiness due to Russian pressure , according to analysts.

The news that Belarus is moving its military equipment out of long-term storage comes just days after the Russian Foreign Ministry set out the terms under which Belarus would join the war in Ukraine. If Belarus or Russia believe Ukraine has “used force” against either country, Belarus will join the war, according to the ministry.

It’s unclear what “use of force” includes in the eyes of Minsk or Moscow, but Lukashenko has spoken publicly about perceived Ukrainian threats to Belarus in recent days.

Lukashenko suggested on Tuesday that Ukraine continues to take threatening steps by training armed forces to defend against a Belarusian attack on Ukraine from the north.

“On the one hand, they are asking us not to send troops to Ukraine… On the other hand, they are preparing this explosive mixture and arming them,” Lukashenko said on Tuesday, according to Belta, adding that Kyiv was offering Belarus to enter into a “non-aggression pact” with Ukraine. “Therefore, we are forced to react harshly… They must consider themselves warned.

It was not immediately clear whether Ukraine had actually offered a “non-aggression pact” with Belarus. The Ukrainian Foreign Ministry did not immediately respond to request for comment.

Ukraine’s foreign ministry has sought to ease tensions with Belarus, reassuring Minsk in a statement Tuesday that Ukraine has no intention of attacking the country.

“We confirm the absence of any aggressive intentions towards Belarus on our part,” Foreign Ministry spokesman Oleh Nikolenko said. Ukrainian Pravda.

The Kremlin is likely trying to pressure Belarus to prepare for further involvement in the conflict, Ukraine’s foreign ministry said.

“Russia is trying by all means to drag Belarus directly into a war. Ukraine warns Minsk against possible new aggressive plans,” Nikolenko said.

Ukrainian President Volodymyr Zelensky also issued a statement in a bid to signal to Lukashenko that he must resist pressure to join the war.

“We were not and are not going to attack Belarus. This is the main signal sent by all the Ukrainian people to the Belarusian people,” Zelensky told reporters on Tuesday. “It is very important for us that Belarus does not not lose its independence and join this shameful war despite anyone’s influence.”

Learn more about The Daily Beast.

Get the Daily Beast’s biggest scoops and scandals straight to your inbox. Register now.